Growing up in Ghent, I often didn’t appreciate the things that tourists in my hometown cared for – medieval cul-de-sacs seemed too narrow to walk in, the cobbled city was difficult to cycle through, and my friends and I didn’t pay much attention to the four cathedrals towering over the townhouses. So, when another backpacker I had met in Germany was coming to visit, I was lost for things to show him. Sure, the touristy stuff was all there. But he was coming to see my Ghent and not a tourist’s Ghent. And this is how I came up with this guide.

If you’re looking for that medieval Western European atmosphere, Patershol is where you should go. It was home to artisans and leather tradesmen in the Middle Ages, and since the end of the 19th century, has been in vogue among bohemians and artists. Now, one of the most successful Belgian writers, Herman Brusselmans, lives there and can often be seen drinking a pint outside.

The is where my family would go for birthday dinners and celebratory drinks on sunny summer evenings. It’s an intricate web of cobbled alleyways that come out onto Oudburg, the main street that has some of the nicest restaurants Ghent has to offer (that aren’t expensive either). Strolling along Patershol is like taking a trip around the world, with Turkish, Greek, Asian, and Indian cuisine.

2. Go to a jam session at the Missy Sippy

Always packed, this bar in the city is where I would go to see the best young musicians play. It’s a popular hangout for music students from the Ghent Conservatoire. On Wednesdays, Missy Sippy jam nights, and you’ll see vocals students, or emerging guitarists practicing their repertoire on stage. The blues bar draws a lively crowd, so there will often be dancing involved too.

This is hands down my pub in Ghent. It overlooks the river and has couches on the first floor where you can comfortably sit for hours. That’s where I went to talk over my life’s problems. They have an enormous selection of beers, and Belgium is the one place where you can’t get away with not drinking any. I always order a fruit beer, and they have several types on offer – raspberry, peach, or cherry beer (called Kriek), and so on. Start with the cherry one because that’s a classic in Belgium. It does get busy sometimes, but when it does, there’s always ‘t Dreupelkot next door and they make homespun jenever that comes in all sorts of flavours. I highly recommend the apple one.

4. Have hot chocolate at Huize Colette

All my birthdays, Valentine’s Days, and last-exam-of-the-year celebrations were spent with my best friends at Huize Colette. With its warm lights, second-hand eclectic couches, and bookshelves, it is by far the nicest place to while the hours away. It’s a coffee shop, but they serve the best hot chocolate I have ever had in my life. It’s not one of those cacao powder ones, but it’s thick, made with cream and real chocolate. They offer many different options too – you can add Maltesers, praline, or get a mix of white and milk chocolate. I cannot talk about how great that place is enough. They also have a pie of the day and sell second-hand books. I don’t know how much more encouragement you need.

5. Take in the view at St. Michael’s Bridge

Every morning on my way to school, the bus would drive over this bridge. I’d try to stand in so that I could see the view through the window. Even after all those years, it still impresses me. From the bridge, you get to see the Belfry, St. Nicholas’ Cathedral, and St. Bavo’s Cathedral. The view is especially impressive at sunrise or after sunset when the streetlights are on and all the medieval towers are illuminated. The bridge also looks out over Graslei, the quay on the right bank of the Leie, where Gentians hang out and drink beer on sunny days.

6. Have crêpes at Gwenola

A family business, Gwenola Pannenkoekenhuis has been running since 1960. They make the best crêpes in Ghent, and I used to go there with my friends since it’s not that expensive, either. Even though all their crêpes are good, they are mainly known for their buckwheat ones, so try one with ham and cheese and see how you like it. Have lunch at the Pannenkoekenhuis in Donkersteeg and have coffee across the street, at Mokabon, a coffee place that has been operating since 1937 (way before Starbucks moved in next door).

Not to confuse with the famous cathedral, St. Bavo’s Abbey is much quieter and less overrun by tourists. It was built in the 7th century, although now, it is not more than a ruin. In the 16th century, the citizens of Ghent revolted against Charles V as a reaction to the high taxes he imposed after his Italian War. As part of retaliation, he demolished the abbey, building what was called the Spaniards’ Castle in its place. He also made the rebels walk around the city with hangman nooses around their necks, which is why Ghentians are sometimes called ‘noose bearers’. I that might not sound that appealing, but it’s a perfect place to walk around in if you want to have some time to think and just breathe.

8. Listen to the city’s best singer-songwriters at Café De Loge

Café De Loge was my hangout as a budding singer-songwriter. It is one of the few places where the audience is asked to be quiet during the set, which is why every singer-songwriter in Ghent will try and get a slot there. The line-ups are carefully curated, and you can listen to the best musicians the city every Wednesday and Sunday night. Mieke and Jos, the owners of the café, are always up for a chat and most visitors there are regulars and know each other. The café serves good, cheap beer, and mostly vegan food, and there is a big selection of board games if you stay after the show.

Ghent is home to a large university, but most Belgian students go back home over the weekend, turning the city into something of a ghost town. This is why Thursdays are the nights to go out, right before most of the 77.000 students pack their suitcases and their dirty washing to take to their parents.

The most popular club in the city is Charlatan. They put on bands and live music earlier on in the night, but there are always DJs to dance to until the early morning hours. Check out the calendar on their website if you want to see what’s going on.

10. Swim in Blaarmeersen and Climb the Watchtower

In summer, the whole city starts spending their evenings and weekends at Blaarmeersen. The lake is a twenty-minute bus ride away from the city and is surrounded by greenery, where countless rabbits hop around. There are two cafes where you can have a drink and some food, and volleyball nets if you’re feeling sporty. When I went to Blaarmeersen, I always walked around to the side opposite the beach, and climb what used to be a ski hill, where butterflies now swarm around. There is a watchtower on top of the hill that overlooks the whole city. After the hike, you can reward yourself with a swim in the lake. 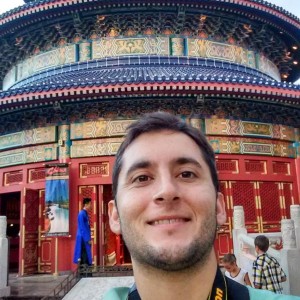